Swiss customs as a digital leader? The DaziT transformation program What can we learn from our neighbour in terms of digitalization? 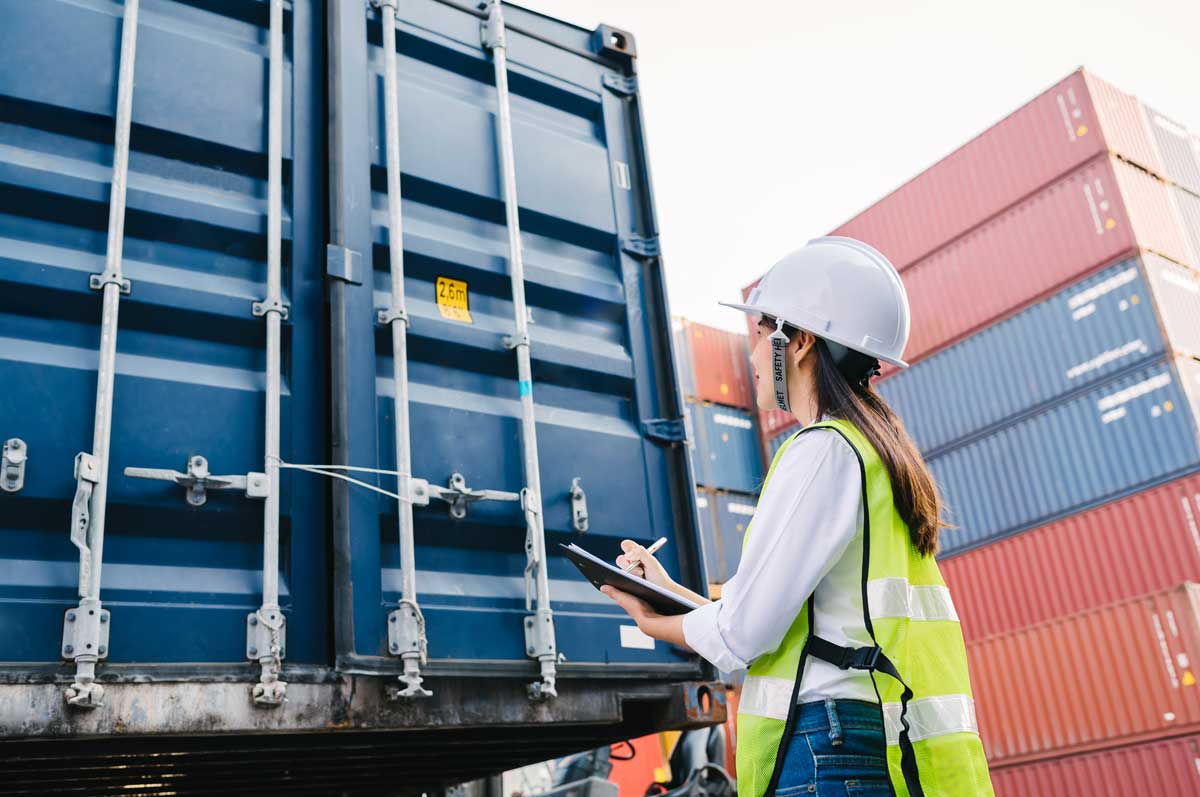 In customs matters Switzerland sometimes is one step ahead. Among other things, there is already the app “Quick Zoll”, with which private individuals can clear customs themselves, and the transformation program “DaziT”. We heard about this at the IHK Customs Forum on Digitalization at the Chamber of Commerce (IHK) Middle Lower Rhine on August 19, 2021.

“DaziT” stands for “Dazi”, the Rhaeto-Romanic word for customs, and for “transformation”. The program was officially launched on January 1, 2018 and will last until the end of 2026.

The transformation of the FCA to the “BAZG” is built on two pillars:

In an exchange between Prof. Dr. Uwe Böhm, of the Chamber of Commerce (IHK) Upper Rhine-Lake Constance, and our colleague Anastasia Michi, responsible for digitalization projects, show the key points from DaziT and what we can take away from it.

What lies behind DaziT and how is Switzerland approaching such a major transformation?

How can digitalization in customs look and really succeed, with so many participants involved? The electronic customs declaration is one thing, but more is needed. So many documents in transportation and customs still accompany the goods physically, which leads to long and inefficient processes.

Our neighbors to the south, Switzerland, therefore already have tangible plans to digitalize all transport and customs processes, some of which are already in the test phase or even in live operation. DaziT is a whole catalog of measures that the Swiss customs administration is implementing with a focus on simplifying and digitalizing all processes.

It is not only about digitalization, but also about a new conception and structure of the processes, says Prof. Dr. Uwe Böhm from the Chamber of Commerce (IHK) Upper Rhine-Lake Constance. The first approach of the catalog of measures lists that there will be a completely new training that brings together what was previously separate.

This includes the Swiss Border Guard Corps, comparable to the German Federal Police, Customs, which takes care of the movement of goods, and tasks of the Federal Police, which monitors vehicles. The new employees are trained in all three areas, with specialization at a later stage. This has the advantage that an employee at the border can check the truck not only according to the goods or the person, but according to all three criteria. That’s not really digital at first, but in fact, from our point of view, digitalization is always related to organizational development. Also have a look at the article “Digital Mindset“.

The goal of the Swiss customs administration is to move truck inspections away from the border and into the backland in order to reduce the traffic jams when crossing the border. As a result, no one would have to wait at the border crossings, with a few exceptions that require inspection. This means that controls – such as authorized consignees – would take place directly on the yards in the backland in case of doubt. Therefore, processes are to be introduced that digitalize the entire movement of goods and no longer require all the paperwork. This represents the second approach of the DaziT catalog of measures.

There are already so-called transit cabins with a separate lane, which means that if the papers have already been registered in advance, only the MRN code needs to be read and the routing slip stamped on the German and Swiss sides. This can be done directly from the truck without the driver getting out.

For normal customs clearance, the truck needs to be driven to the customs yard, the driver has to walk to the customs office and get the documents. Then to the German customs counter, then to the Swiss customs counter and pay the duties in the next step. Even with a smooth registration, the drivers are busy with this for just under half an hour. During this time, the goods stand around and traffic jams form. In the age of digitalization, that doesn’t have to be the case anymore, does it?

With electronic registration and use of the new app, this entire process would be bypassed and there would only be about 3% of trucks that still need to be checked. Those would then get a red light in the app with the signal to check. For all other drivers, a green light appears with the indication to continue driving.

To what extent are other countries connected to the Swiss transformation?

The Swiss colleagues are optimistic and try to involve all countries around Switzerland. The EU Commission has already shown great interest in getting involved, too. The first hurdle, however, is that they would have to agree on common interfaces. Brexit also is a good example, as many processes also run manually here. With a shared digital solution, this could be extended to other countries, too. But it will take time before Germany, or the EU, is ready. Estimates show that we can start working on a border ticket from 2024. One reason for this late start is the problem of differing data protection regulations between European countries. The European Commission still has to provide the legal framework for digital customs processing. Many requirements mean that, in the end, everything still has to be done in paper form. In addition, the German customs administration is currently very busy with the one-stop stores, where a lot of capacity is flowing. And as long as the EU does not join in, the truck driver only saves the trip to Swiss customs, but still has to go to German customs.

Further considerations in the customs area are that goods are already recognized while being loaded on the truck. This should make it possible to declare them directly. Customs can thus also detect whether there are any other unregistered items on the truck.

E-portal: all documents are stored there centrally and can be viewed by every forwarder. All communication takes place via this portal and there is no need to call customs all the time. Data changes can also be directly imported there without having to issue new documents. This should reduce the flow of paper and provide a history. In addition, tapping the data makes it easier to ensure that all important accompanying documents, such as the EUR1 certificate, are available.

Chatbots: Switzerland already has a very good service hotline in the customs area. But many questions can be solved more efficiently by a chatbot without the intervention of another employee.

Risk analysis with AI: This allows everything to be automated and well systematized, and you don’t have to rely on the experience of customs officers. The result is that controls are more targeted. The risk analysis shows where the probability of violations is higher and where it is worth checking, or where it makes less sense because the company is reliable, and the goods are unproblematic.

Prof. Dr. Böhm: Professor at the HTWG in Constance for international management and managing director for the international division of the Chamber of Commerce (IHK) Upper Rhine-Lake Constance. Due to its geographical location alone, the IHK specializes in everything that has to do with “Switzerland as a customs location”. By doing so, it tries to combine the interests of German and Swiss companies.

Conclusion: There are many good ideas. Regulation is good, but we must not let it stand in our own way trying to break new digital ground. We will keep an eye on our Swiss colleagues and report on further developments.